When you book with an account, you will be able to track your payment status, track the confirmation and you can also rate the tour after you finished the tour.
Sign Up

Or Continue As Guest

When you book with an account, you will be able to track your payment status, track the confirmation and you can also rate the tour after you finished the tour.
Sign Up
1121

Why Book With Us?

The Northern Lights Trip to Norway

What's this trip all about ?

Aurora Borealis aka The Northern Lights have always been stuff of myth and legends. The Sami People of the North who are indigenous to  Norway, Finland, Sweden and Russia believed that these fires in the sky were the souls of their dead that had magical effects !

They called it “Gouvssahas” which translates to “the light you can hear” !!

Moms would tell their kids stories of people who would hear the Northern Lights like a ghostly static sound. “But Whats are Northern Lights you ask ?”

The scientific explanation being “ Solar wind that drives down electrically charred particles towards the earth’s atmosphere which upon colliding with it give off energy in the form of light” !

The myths sound way cooler than science, don’t you think? And who doesn’t wanna believe in a little bit of magic

The lights can be seen from October to April in a few countries and locations above the Arctic Circle, all you need is a clear/less cloudy night !(which is where the luck factor comes in)

So every month from October to March, we are headed to chase the legend of the lights in Tromso which is practically the most reliable spot in the world to spot the lights on our Northern Lights Trip to Norway.

On our way to chasing the Northern Lights around Tromso, we will be heading into that surreal postcard imagery of the Fjords of Norway from Oslo to Bergen and then to the small villages of Voss and Flam in Western Norway , the sights and experiences will completely blow your mind before we even get to Tromso for the lights!!

Read the complete Itinerary below, This is no ordinary trip! Remember that the Northern Lights are a Natural Phenomena and cannot be guaranteed on any given night, by anyone.But to tilt the odds highly in our favour, we have chosen one of the top most spots in the world to see the Northern Lights (Tromso) where the probability of seeing the lights is the highest usually and timed it with new moon and the Spring Equinox as the cherry on top!

Now all we need is just one clear(ish) i.e non cloudy/less cloudy night and boom !

So if you ask what our chances are, of seeing them on our Northern Lights Trip to Norway….. pretty damn good we’d say!

Incase you are looking for “100 percent” assurances, then its time you moved off from this page, but if you are in then you know where the Booking form is 🙂

PS: If you are a minimum of 4 people together already, this trip can be organized on dates of your choice. Reach Oslo anytime of the day basis the most convenient flight preferably reaching earlier in the day so that you can relax and stroll around the rest of the day and soak in the city.

Today is dedicated to exploring the other biggest reason why Norway is one of the most beautiful countries in the world, The Fjords !

We will be participating in the legendary “Norway in a Nutshell” full day tour starting from Oslo and ending in Bergen that takes you deep into Norway’s most beautiful Fjord scenery and little fairy tale villages along the way. We will experience the scenic Bergen Railway, the breathtaking Flam Railway.

A Fjord Cruise on the magnificent and super trippy Aurlandsfjord and on the narrow Nærøyfjord and various UNESCO protected areas and believe us when we tell you, this will most certainly be the most mind blowing cruise you will ever be on, GUARANTEED.

If you ask us, the views on the Fjord Cruise and the train journeys this whole day even beat the Northern Lights, not kidding.

Bergen is also known as the Gateway to the Fiords and is a gorgeous fairytale village straight out of a Postcard. You can easily spend the whole day walking around Bergen city and enjoying the amazing views, no matter which direction you look.You can also do a  fun hike to the top of one of the gorgeous mountains around for panoramic views of the city that can only be defined in one word, UNREAL.

Eat, Drink and Enjoy stunning views no matter which direction you look in.

Day 4 to Day 6 Bergen to Tromso

Now that we are already under Norway’s spell , we fly to Tromso from Bergen together for the last leg of our Northern Lights Trip to chase the lights.

During the next 3 days you get to explore Tromso and all that it has to offer in the Day and at Night!

In the day you can go checkout the amazing Botanical Gardens and incredible museums including the famous Polar Museum and Cathedrals that take you back into Nordic history.

There are several optional day activities you could check out in your free time like Husky or Reindeer Sledding or go Skiing on the slopes or even rent out Snow Mobiles for some adrenaline charged fun if you like.

In the night however, we will focus on 2 things only…..Get your drinks on (so that we don’t die of cold mostly) and chase the Northern Lights.

Many crazy memories and tons of envy worthy photographs later……

First of, plz follow *GoBeepBeep* on Instagram , see the videos of this Skydive and automatically you’ll be motivated...

I went SCUBA Diving in Maldives with Gobeepbeep and Oh My God what a trip ! Maldives is absolutely stunning, it's...

There are some moments in life that define the fabric of one's existence. For me, one such moment was that very instant...

When three of my close friends and I sat down to plan our next adventure, we thought it was time for something off the...

Me and my wife went for Freediving and Snorkelling with whales in Sri Lanka with #gobeepbeep and i can safely say that...

If you haven’t taken chances you haven’t lived .. GO BEEP BEEP allows you to do precisely that .. my one week skydiving...

Greece has always been on my bucket list and I couldn't have ticked it off in a better way. My cousins and I went for...

We are Featured In

Frequently asked questions about this Northern Lights trip to Norway

Work / Collaborate With Us

If  your are interested in exploring opportunities to work at BEEP…..

PS: We are currently looking for young interns for “Work From Home” tasks, all you need is a laptop and phone.

Are you also tired of all this hectic travelling i

Experiencing #bioluminescence is one of the side p

Have u ever gotten lucky enough to be #underwater

Do you miss travelling ?🤪 Tag your travel buddi 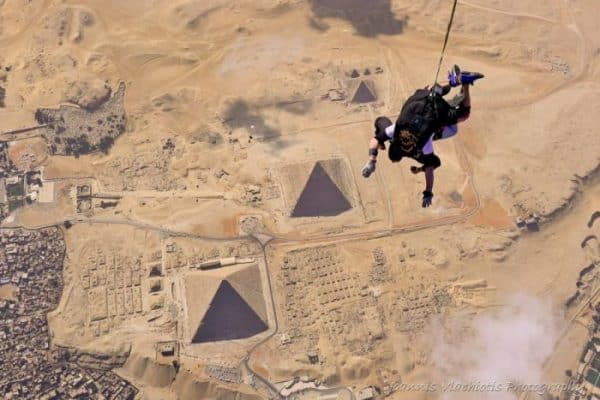 Skydive Over The Pyramids Of Egypt

Be one of the rarest people in the world to Skydive Over The Pyramids of Egypt at our exclusive annual event in November where you get to jump out of the back of a Giant Hercules C-130 Military aircraft (Mission Impossible Style) and land in between the Great Pyramids of Egypt. 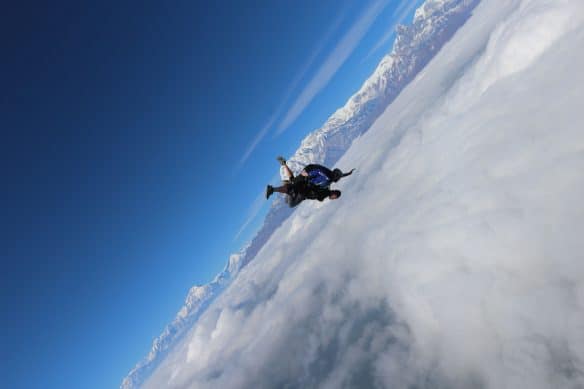 Skydiving Over The Himalayas In Nepal

Our Flagship Annual Nepal Skydiving Over The Himalayas trip is happening twice this year, in May and in November. This rare skydive is stuff of legend and you get to be part of a handful of lucky people on the planet to actually skydive out of a B350 helicopter over snow-clad Himalayas! 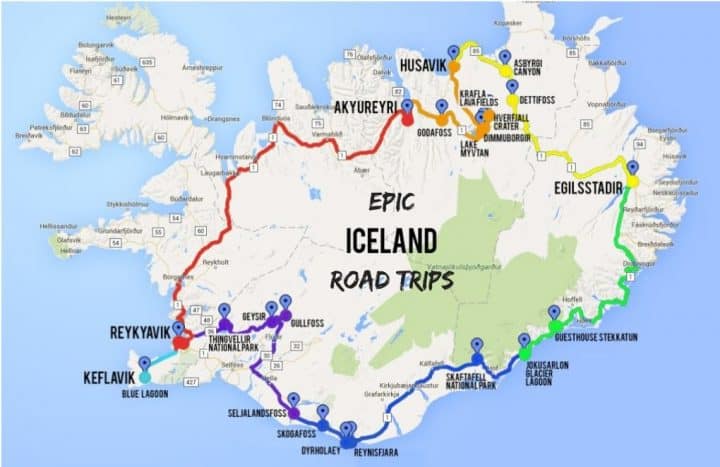 A 7 day Road Trip across the legendary Ring Road of Iceland in 4 WD vehicles that will take you around the whole country in a circular loop of pure amazement and a constantly dropped jaw. Volcanoes, waterfalls, glaciers, thermal springs; you name it! 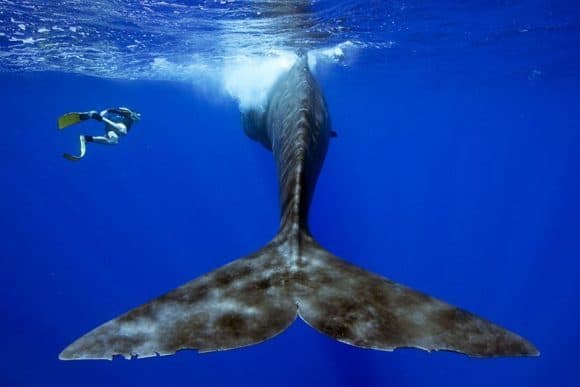 This is not a whale watching trip to see whales while sitting in a boat. This is an extraordinary and rare annual trip to learn Scuba diving and also go snorkelling with whales in Sri lanka, the largest living beings on the planet. 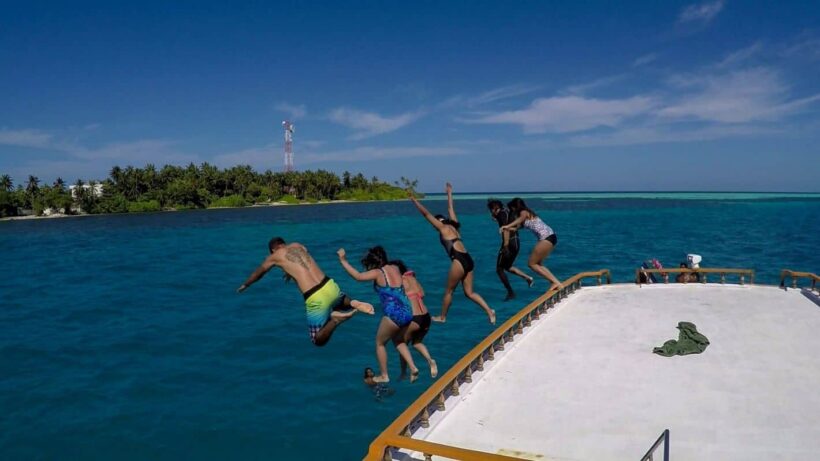 Scuba Diving In The Maldives At A Secret Island

A budget-friendly and super awesome Six Day Trip to go Scuba Diving In The Maldives any month between October to May, to the most impossibly gorgeous little secret island you will ever lay your eyes on! This was the first trip we ever organized and it is still one of the most popular ones. 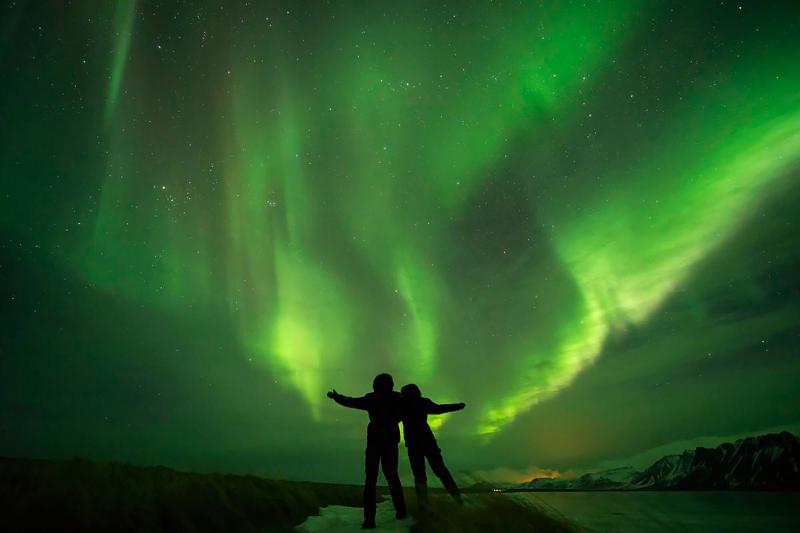 The Northern Lights Trip to Norway

Our seven nights Northern Lights Trip to Norway to chase the mystical Aurora Borealis. Along with that we will be exploring the gorgeous Fjords on a cruise and soaking in the scenic drama of the legendary Bergen Railway of Norway and much more! 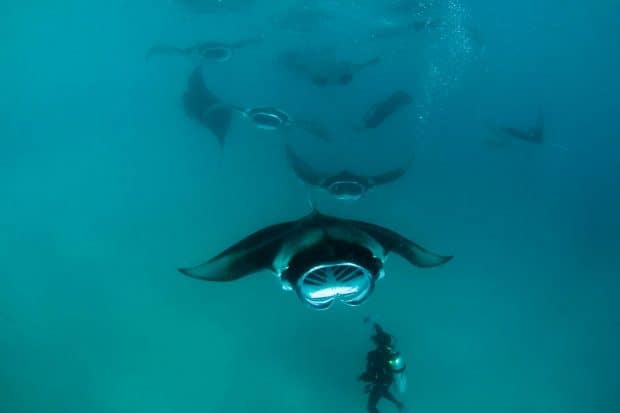 Imagine dozens of Giant "birds" that look like alien space ships flying around you underwater. Sounds like a dream!? We are going back to the Maldives for our super special ANNUAL Manta Ray congregation phenomena ONLY from July to September every month and you are welcome to come along! Learn Skydiving Trips To The South Of France

Our annual "Learn To Skydive Solo License Course" trips to the gorgeous South of France happening throughout summer where a lucky few get to learn how to fly like eagles from one of the best Skydiving teachers in world. After this course you get the license to skydive alone/solo almost anywhere in the world. 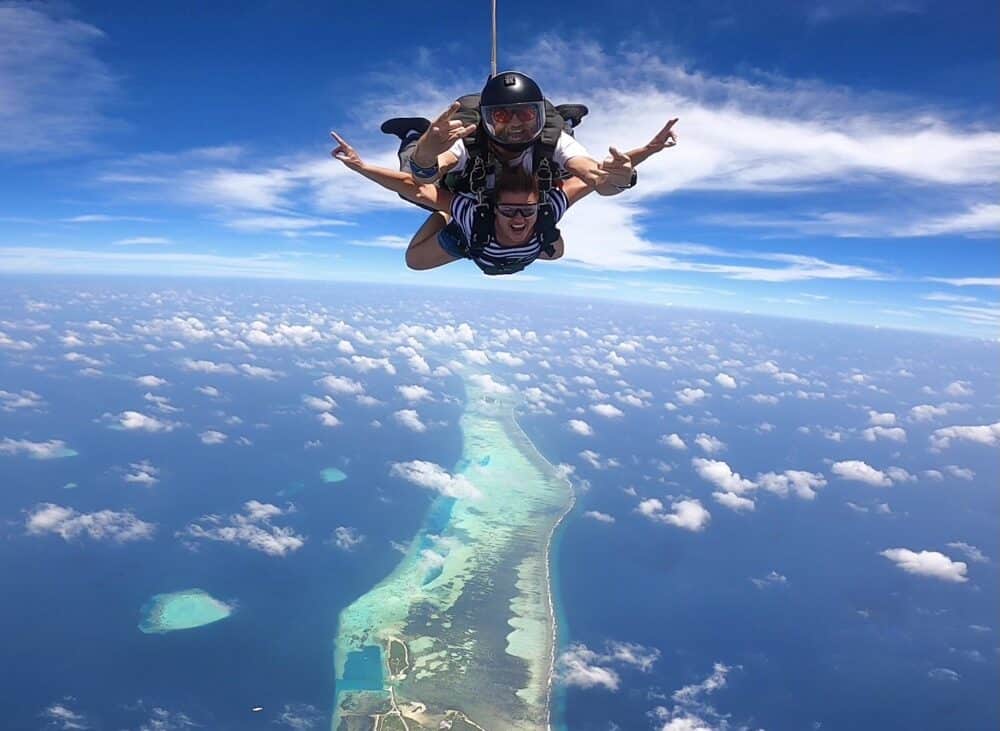 Skydive Over The Islands Of Maldives

Skydive Over The Islands of Maldives is an epic Luxury Trip/Event we are organizing for the first time this year. You get to live in a luxury resort, jump over dozens of gorgeous tiny islands and land on a white sands beach.Skydive Maldives is available only in January, February,March & April 2021
We use cookies on our website to give you the most relevant experience by remembering your preferences and repeat visits. By clicking “Accept”, you consent to the use of ALL the cookies.
Cookie settingsACCEPT
Manage consent

This website uses cookies to improve your experience while you navigate through the website. Out of these, the cookies that are categorized as necessary are stored on your browser as they are essential for the working of basic functionalities of the website. We also use third-party cookies that help us analyze and understand how you use this website. These cookies will be stored in your browser only with your consent. You also have the option to opt-out of these cookies. But opting out of some of these cookies may affect your browsing experience.
Necessary Always Enabled

Any cookies that may not be particularly necessary for the website to function and is used specifically to collect user personal data via analytics, ads, other embedded contents are termed as non-necessary cookies. It is mandatory to procure user consent prior to running these cookies on your website.