We often get wooed by the moon scarred with numerous craters. But ever did it strike us that the planet we are living on has some of these scars too?

Well, craters being a rare phenomenon many people are oblivious of their presence on the earth.

One such obscure crater is the Lonar Crater Lake ( also known as Lonar Sarovar) — the only hyper-velocity natural impact crater in basaltic rock in the world, that is situated in the Buldhana district of the Indian State of Maharashtra. 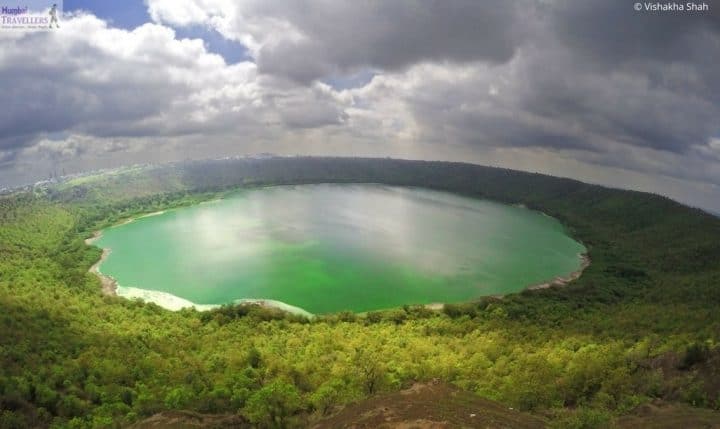 Secluded by the low, sparsely green hills surrounding the lake from the rim of the crater till the shoreline of the lake.

This place is not only ideal for Trek junkies and hikers but also for architectural buffs and pilgrims who arrive at Lonar Lake for its architectural ruins, ancient temples, and healing powers. 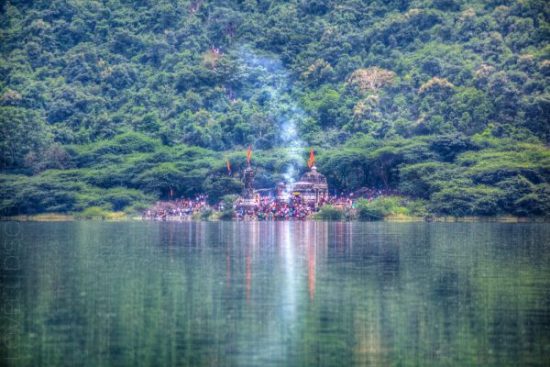 Its origin is dated back to 5,50,000 years ago when a huge meteor entered the earth’s atmosphere in a screaming fireball, weighing 2 million tons, traveling at an estimated speed of 90,000 kph and swooshed on the facade of the earth, creating a gigantic bowl of unparalleled biodiversity.

There are various other speculations and stories supporting the origin of the Lonar lake.

Legend has it that Lord Vishnu (Indian deity) descended on the earth in the form of a young boy called Daitya Sudana to slay Lonasura (demon) and the mere act of thrusting the demon back to netherworld resulted in the formation of Lonar Carter. 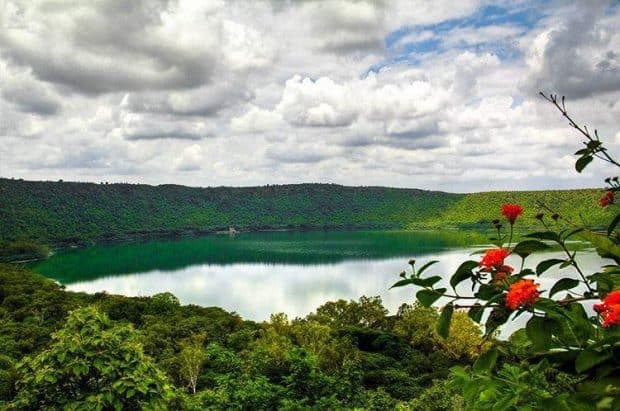 Lonar being a place of anonymity, has many hidden facts and mysteries which are yet to be solved. The lake has two distinct water zones that never mix – an outer neutral (pH7) and an inner alkaline (pH11).

If you don’t believe us then you can carry litmus paper with yourself, perform some experiments and let the chemistry class nostalgia hit you all over again. 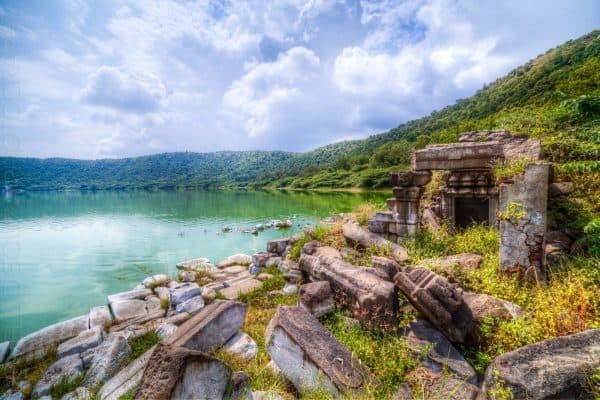 Another favourite activity of visitors here is to bring compasses and watch the turbulent behaviour of the directional indicators, which shows huge variations every time.

It is said that wide swinging of the compasses needle is due to the excess iron content in the soil.

That means the soil will stick to the piece of magnet if you try rolling one in it? We don’t know! How about you try that for yourself, eh? An additional fact that you’ll come across while trekking is in the jungle that surrounds the lake has concentric rings of different species of trees.

The first ring is formed by the Date palm, followed by Tamarind trees and then comes a belt of Acacia trees.

These belts of trees will make you wonder who would have planted them in this fashion around the crater so many years ago! 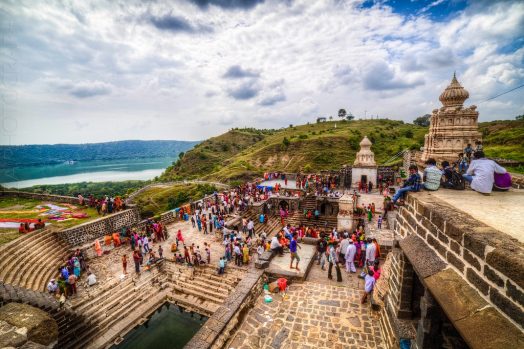 Lonar crater hike is just the cherry on top. Because that is how you get to explore all of the things mentioned above.

It’s approximately 6 to 7 Km long which is also the circumference of the crater. Make sure you’re fit for the hike as you’ll have to scramble up and down in some sections of the route. 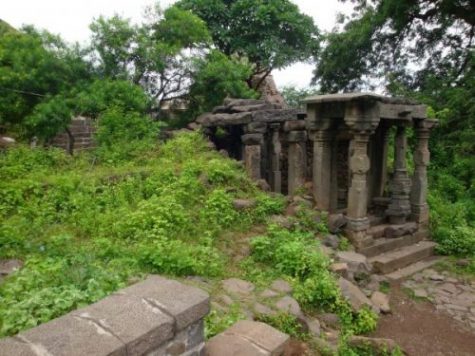 It is always better to get started with this hike early in the morning if you are visiting Lonar in the summers.

But if at all you happen to visit in the monsoons then it offers the best views with various shades of greens everywhere.

Don’t forget to carry your cameras to capture the beauty around this massive bowl because if you do then you’ll regret every bit of it. 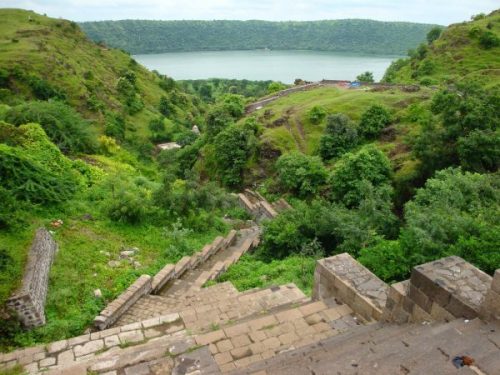