This Magnificient 100-Year-Old Theatre Is Now A Bookstore 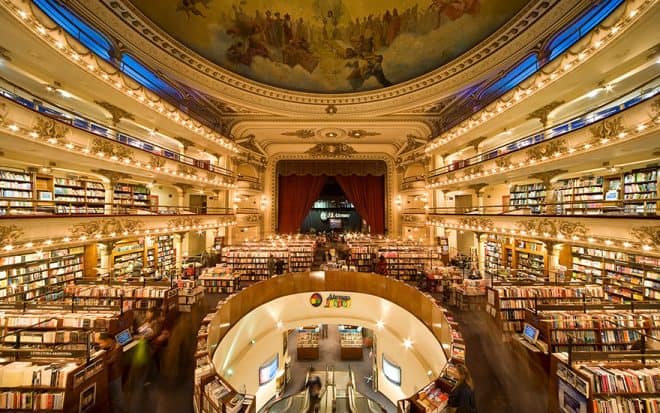 Argentina is every book lover’s paradise. Deemed as the book capital of the world, Argentina is home to 734 bookshops. Argentineans, young and old, take pleasure in curling up with a good book. Among this vast number of bookstores, one bookstore, in particular, takes the crown; the El Ateneo Grand Splendid. 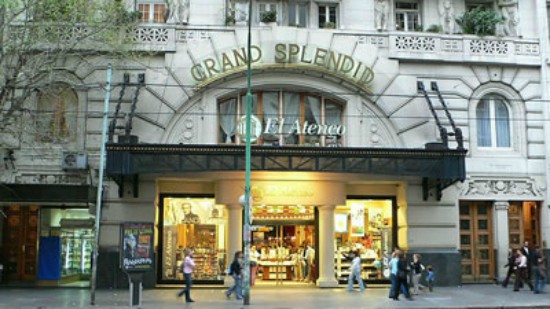 Located in Barrio Norte in Buenos Aires, Argentina’s capital city, El Ateneo Grand Splendid, as the name suggests is a magnificent bookstore that was transformed from a 100-year-old theatre. Previously known as Teatro Gran Splendid, the theatre was built in May 1919. The ‘splendid’ theatre was designed by the architects Peró and Torres Armengo and features works of art from artists such as Nazareno Orlandi and Troiano Troiani, 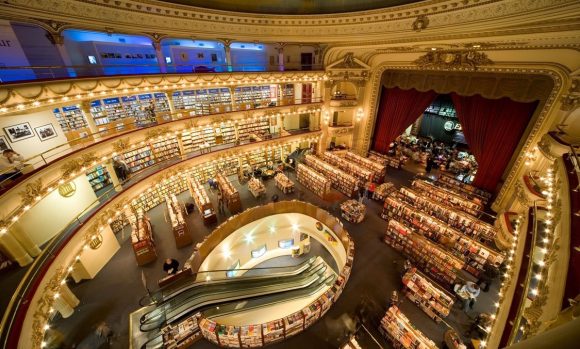 The theatre has seen some fabulous tango performances, an art Buenos Aires is famous for. This grand theatre was then renovated and transformed into an amazing bookstore by the architect Fernando Manzone, in 2000. The essence of the magnificence that Teatro Gran Splendid was, still remains. Currently popular by the name El Ateneo Grand Splendid, the now transformed theatre still retains its magnificence with the stage, balconies and its beautiful curtains still intact. 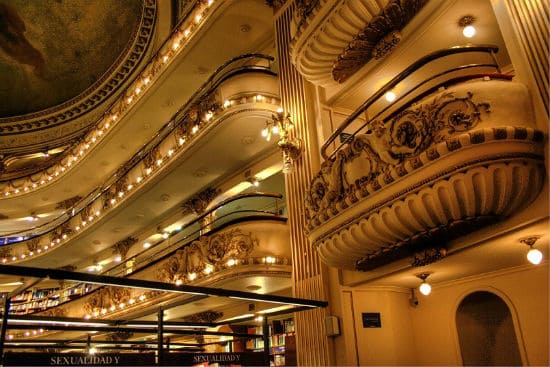 The balconies are now stacked with multiple bookshelves housing a vast collection of books. One can still see a beautiful view of the centre stage from these. The ceiling too remains untouched. The intricate paintings on the ceilings may give one the feeling of being in a beautifully designed church in Rome. There are multiple rows of bookshelves with a collection of some of the most prolific publishers, especially Argentinean. For people who would like to curl up with a book and enjoy the ornate beauty of the theater, there are chairs placed all around the bookshop. Even the original theatre boxes are kept as they were for people to use. The space behind the stage is now a beautiful cafe. Ranked as number two on Guardian’s list of top ten bookshops in the world, the grandeur of El Ateneo bookstore attracts more than a million customers a year. 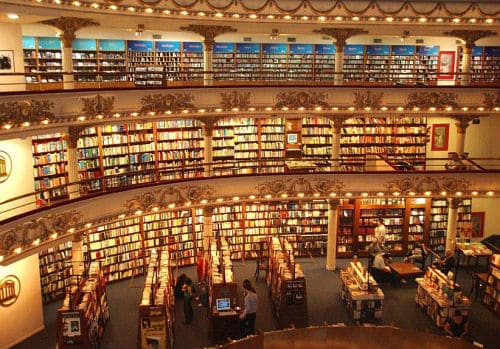 In an era of e-books and sites like kindle and Amazon, it’s bookshops like these that help keep the magic alive. “Argentineans still prefer to come in and browse for books,” said Antonio Dalto, business manager of the Ateneo Grand Splendid bookstore in an interview with the Guardian. “We have a website for selling books, but it only draws a small percentage of readers.”

The look and atmosphere of the bookstore are truly grand and still, holds the essence of the royalty that it was built with. Though now an abode of a huge collection of books, it still is just as majestic and has been named a jewel among the libraries of the world.