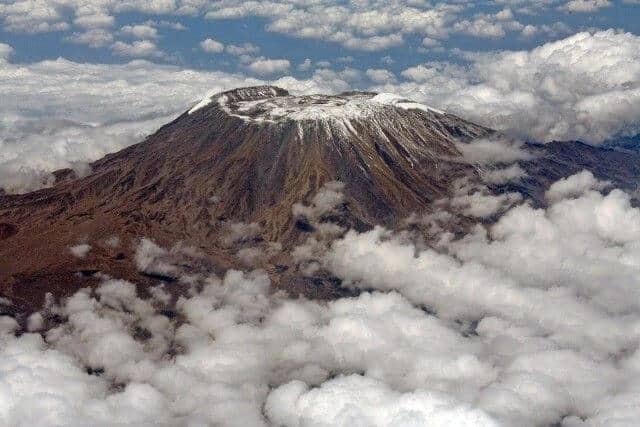 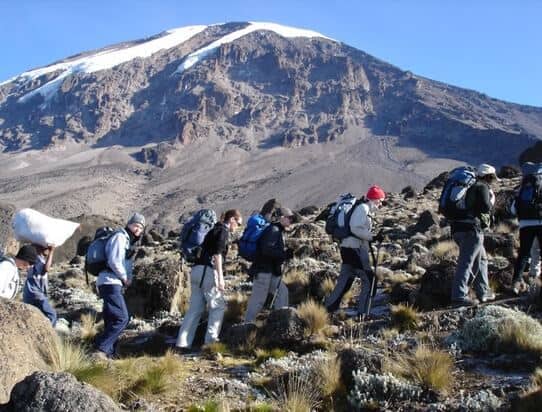 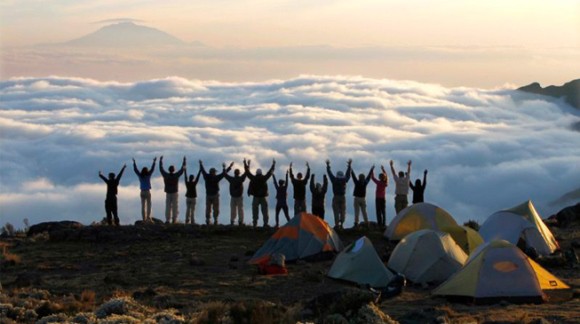 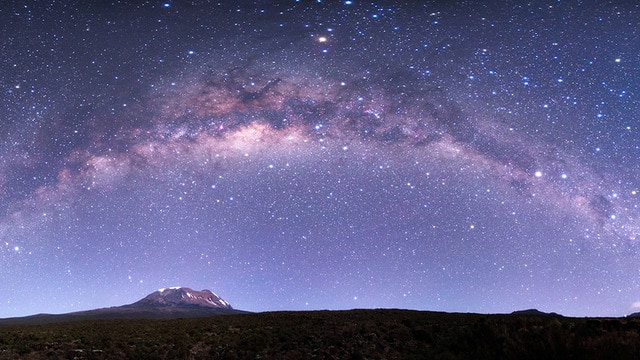 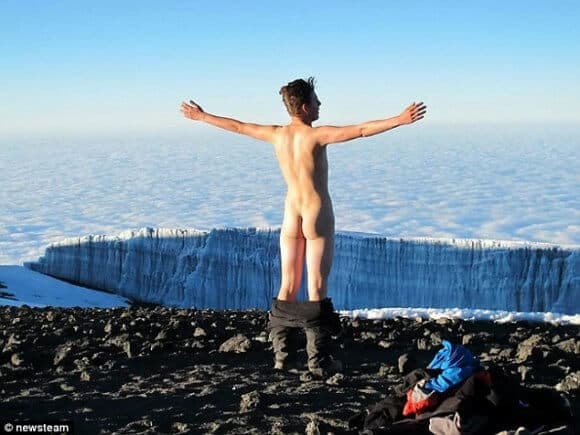 Climbing Up The Roof Of Africa aka Mount Kilimanjaro

This time we are actually going to the land of myth and legend, and of ancient geological forces that we find hard to comprehend in today’s world.  One of these legends, told by the Chagga people who live on the slopes of Mount Kilimanjaro has it, that an ancient chief called Mawenzi, got his younger brother, Kibo, (both names of two of Kili’s peaks) to fetch him coals from a mighty fire to light his pipe – a possible reference to volcanic activity in the Stone Age.

The tallest mountain in Africa (5,895 meters) and the tallest free-standing volcano in the world, Mount Kilimanjaro in Tanzania has tantalized and intrigued trekkers and hikers from around the world since ages and is on the top of the bucket list for most travelers!

It takes about 7 to 10 days to climb Mount Kilimanjaro and get back down depending on which route you choose to take, there are several. This is not a technical climb and is open to beginners but only if you are physically fit. Some amount of trekking experience will obviously help but please don’t have any rosy ideas in your head. Mount Kilimanjaro Trek is not a picnic, the mountain will test you! (So it will help a lot if you start going for a run/to the gym/yoga class, or whatever it is that will build your confidence and endurance).

Affectionately called The Roof Of Africa or just Killi, the mountain is made up of three dormant volcanoes. The first modern European to see the peaks of Mount Kilimanjaro was a German missionary, Johannes Rebmann, on May 11, 1848. His reports of snow on the equator were ridiculed, with elaborate theories produced to explain away the white stuff as quartz, limestone and crystal !!!

So this is what this trip is all about; Climbing up a massive volcano, on the equator, with perennial snow on its peak!

See what we mean when we say LEGEND!

Let’s not ruin it by breaking it down day by day, let the mountain unfold and blow you away. On the way, you will see some of the most spectacular views of these mystical lands as the route winds through the most stunning tropical forests before emerging into the higher Afro-Alpine sections with spectacular views of Mount Meru in the vicinity. And of course, there will be areas where you will be looking down at thick sheets of clouds atop this legend of a mountain !!!

Day 9 – Fly back home feeling like a legend yourself,  directly from Kilimanjaro Airport at any time of the day.

Why Do I Need To Apply ?

In case you missed it, BEEP  trips are not your usual “sightseeing tour packages” to commercial destinations. These are unique experiences that deserve passionate and awesome people, in pursuit of the extraordinary.

There are very limited spots possible on each trip that we put together with all our heart and soul and there are only so many we can do in a year. So to ensure that we have a fun bunch of awesome people on each of these amazing journeys, we ask you to….

Just fill in the quick form given below to avoid missing out on this opportunity.

You will hear from us shortly with cost details!

Scuba Diving In The Maldives At A Secret Island

October to May only (Multiple Groups)