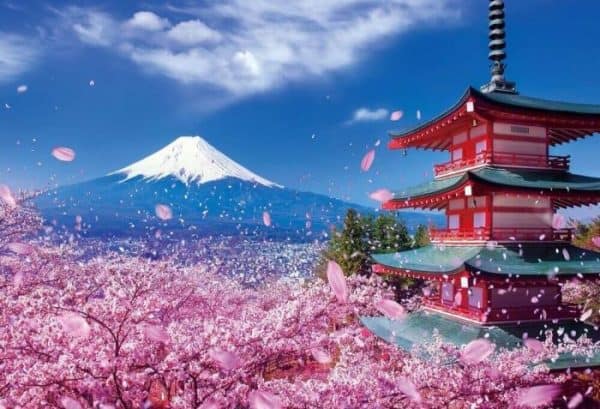 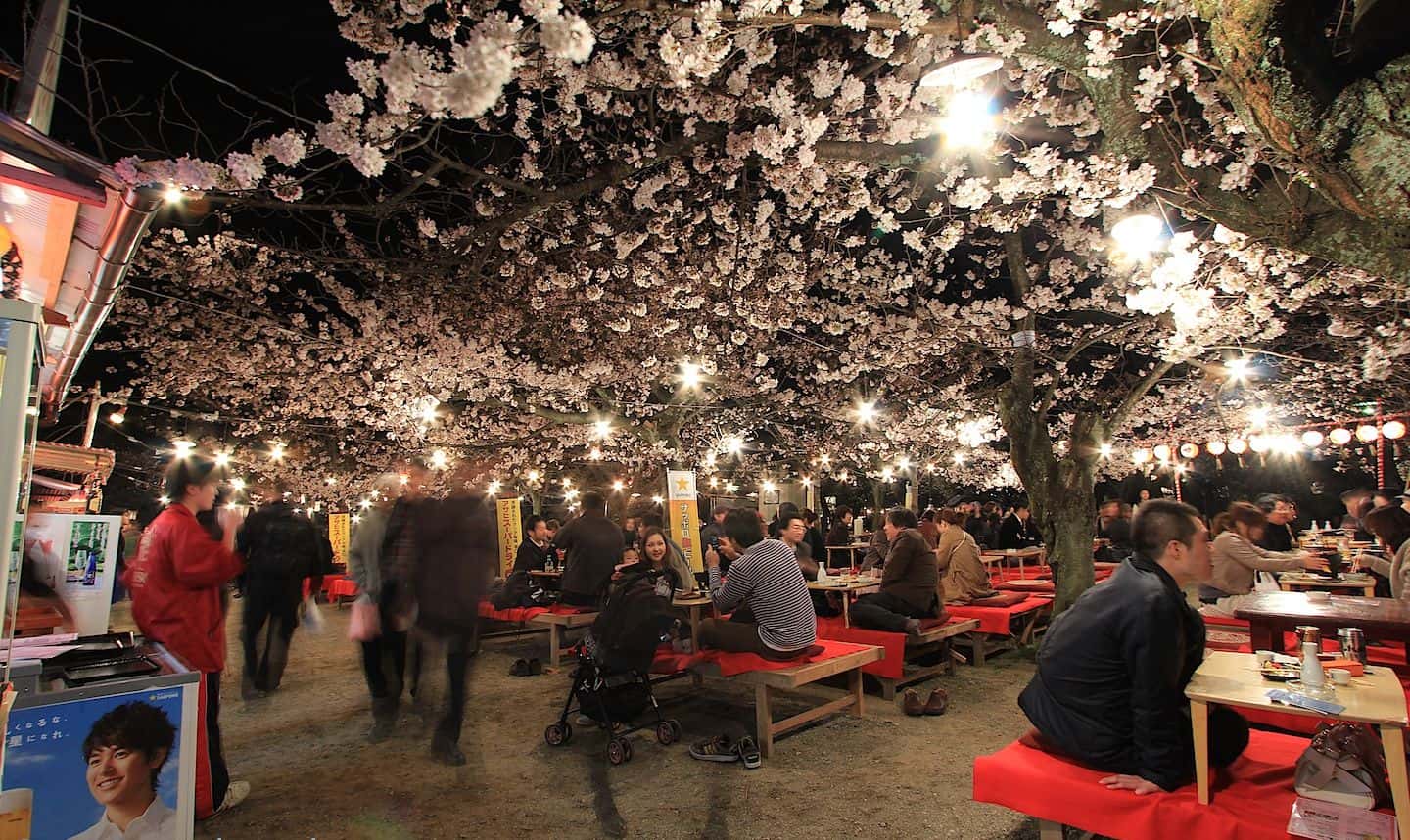 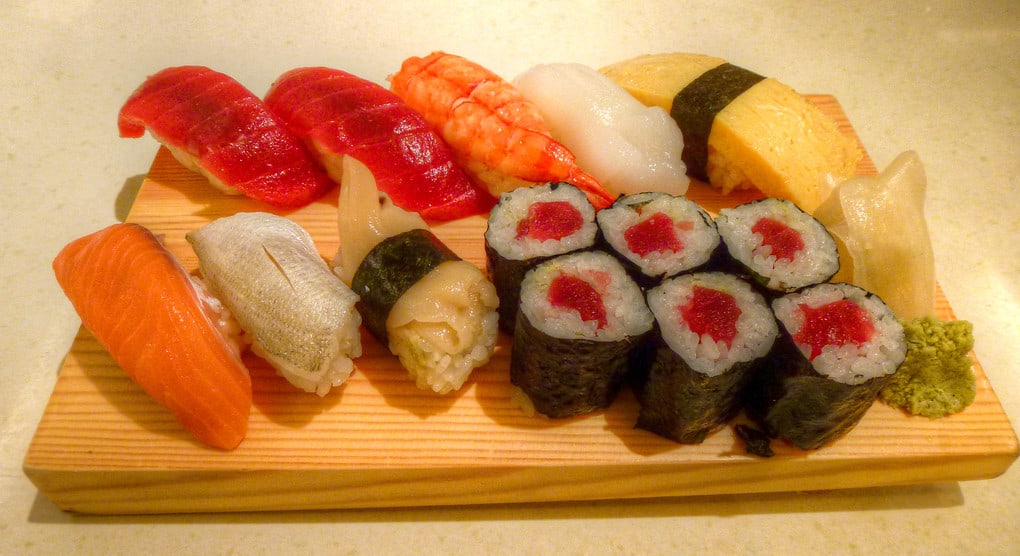 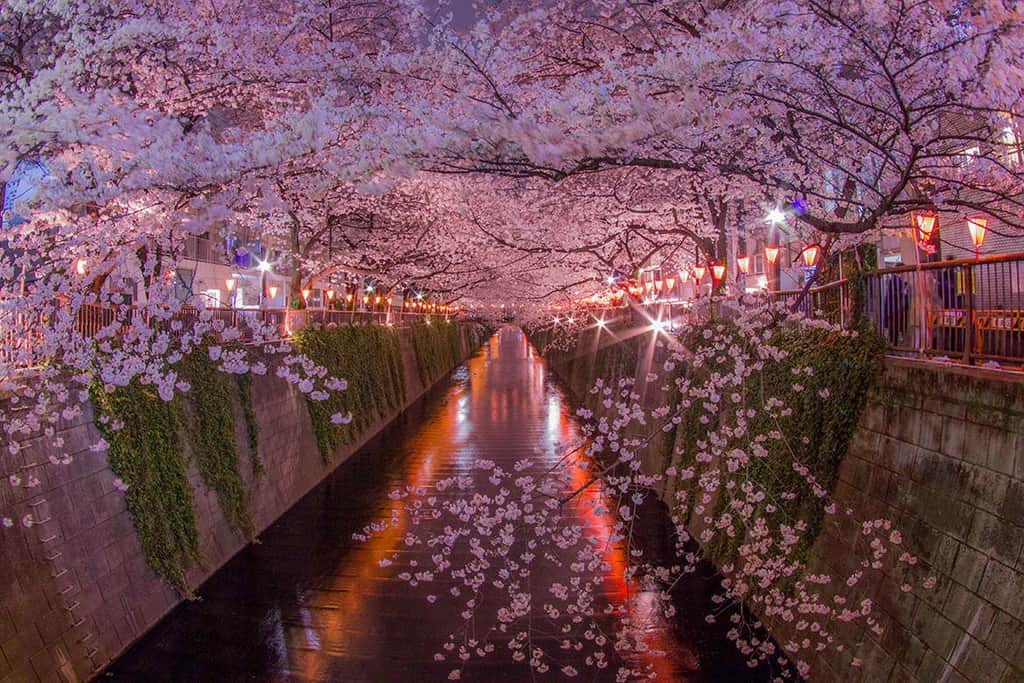 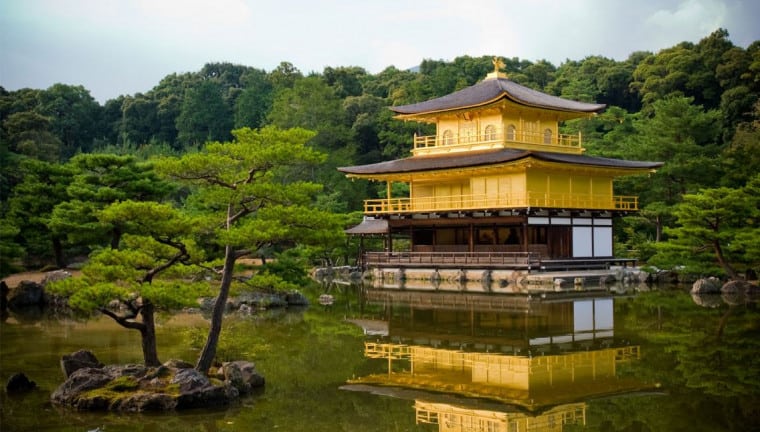 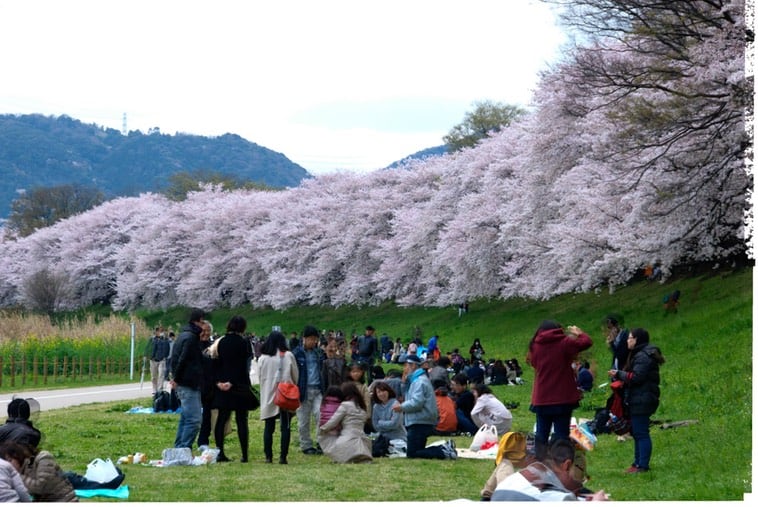 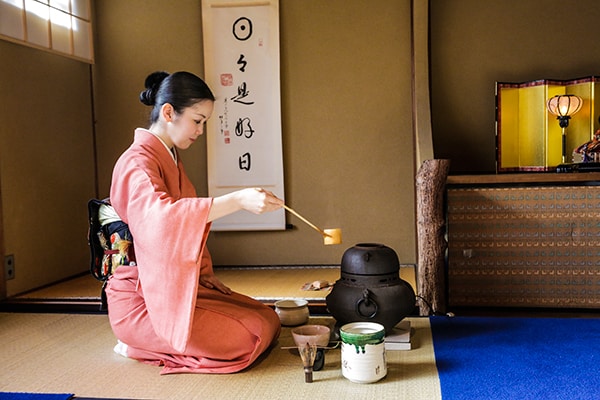 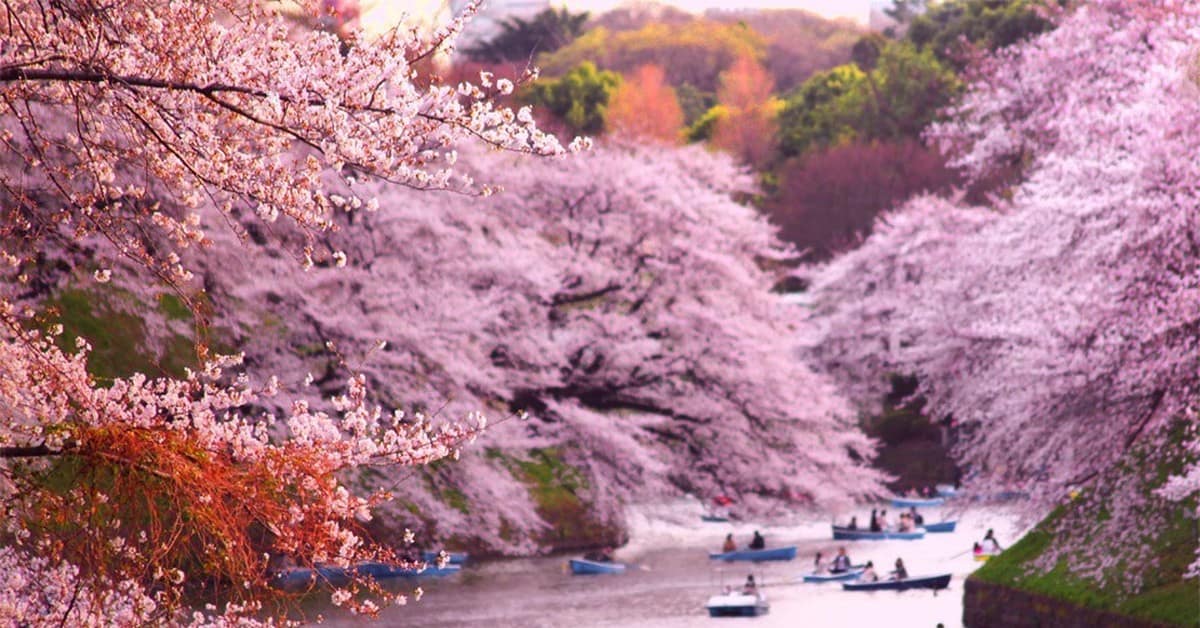 **If you have already filled up an application form on our website for any other trip ever before, then you don’t need to fill up the form again, just email team@gobeepbeep.com

If you’d like us to keep you in the loop when we launch other new unique trips in a few weeks, just click on the Blue Button below and say “Subscribe”

Its that time of the year !!

When the whole of Japan turns unending shades of pink and the legendary cherry blossom takes over the celebrations in this already whimsical country!

An already gorgeous country with a pink landscape, it is indeed stuff of fairytales and dreams!!

Did you know that Cherry Blossom aka “Sakura” is the unofficial National flower of Japan!! There are various varies of cherry trees all over japan and they bloom for just a few days in spring every year !!!

This crazy seasonal spectacle is celebrated in Japan with “Hanami” which are Cherry blossom viewing parties under the trees and are truly a Once-In-A-Lifetime kinda opportunity!!

So what better time to travel through this whimsical and mysterious country than during its most incredible of celebrations!! We are going to start by exploring the ultra urban vibe of Tokyo and then head over to explore the traditional charm of  Kyoto via the bullet train,which in itself is a unique experience.

Read the detailed itinerary section below for more.

Since this is a very important celebration in Japan and there is a big influx of travellers rushing to get this same rare opportunity, it is critical that you apply to join this trip immediately because Hotels and Hostels get booked out super early in this already super expensive country !!!

NOTE: Cherry Blossom aka Sakura is a natural phenomena and occurs every year around this time but cannot be guaranteed like any other natural phenomena. So if you are looking for guarantees, now is the time to move off this page 🙂

Our Reviews
Read All Reviews
Dates

Awesome people just like you, come for our trips from various cities and countries and we don’t like for it to be too crowded. So we cap the average number per group between 8  – 10 people with a healthy ratio!

These are once-in-a-lifetime experiences, not those touristy hordes being packed up in buses like sheep 🙂

Land in Tokyo anytime of the day and Check in. Incase you reach early, the first half of the day today is free to mingle with other travellers at the hostel and walk around and be amazed by the quirks of this city while we wait for everyone from our group to reach Tokyo.

Oh you can also spend time figuring out what all the buttons on the Japanese toilet are for if you like or do the same thing on the streets just figuring out what the thousands of different vending machines are popping out….Tokyo is anything but boring and you can count on that 😉

In the evening we go out together on an orientation walk so that everyone can get to know each other and explore Tokyo together! We head to the traditional downtown of Tokyo- Asakusa. Asakusa is full of classic Japanese things to see and do including the famous Senso Ji temple and perhaps satisfy your sweet tooth with Matcha Gelato 🙂

We end the night with some Sake and Sushi!

BTW you will get the One Week Japan Rail Pass from us right at the beginning, so don’t resist being adventurous on your own right from the get go if you have reached early on Day 1!

We start the day in Shibuya. Shibya Crossing is the most iconic image of Tokyo equivalent to Times Square in New York and featured across several International movies.. The massive Television Screens, Advertisements and lights, it is rumoured to be the busiest intersection in the world. It will be shame to come to Tokyo and not experience it.

Over the course of the day we explore other super awesome areas of Tokyo  renowned for their colorful street art and fashion scene, with quirky vintage clothing stores and cosplay shops along Takeshita Street Small bars and trendy cafes fill the surrounding lanes, while cultural hotspots like Meji Jingu and other monuments are all around the corner.

In the second half of the day, basis Cherry Blossom Forecast, we head on to tour some of the many parks in Tokyo such as Shinjuku Gyoen or Chidorigafuchi and Kitanomaru Park to get lucky with the Sakura and hopefully be part of our first Hanami( Cherry Blossom Viewing party)

The rest of the evening is free to explore more of the madness of Tokyo on your own or get some rest and enjoy some more Sushi and prepare for another awesome day.

But everyone that is up to paint the town red at night, we head to one of the many crazy Karoke bars and see where the night takes us from there 🙂

Today is a free day also our last day in Tokyo and you can take it easy and explore Tokyo further on your own and at ease. Do some some shopping perhaps, chomp down some more awesome food.

Or whoever is up for it can use their Rail Pass and head over to check out Mount Fuji early in the morning which is a must do spot too while in Japan.

There is so much more crazy stuff to do in Tokyo that we will share a list of things ( that can’t all be mentioned on this page) you could do in your free time across all 3 days !!

We head on over to Kyoto on the bullet train aka The Shinkansen which is going to be an incredible experience in itself .

A red-lipped, kimono-clad geisha vanishing around a corner. Riverside cherry trees bursting into cloud like pink bloom. Zen gardens with raked sand and haiku-inspiring rock formations. There are perhaps few more evocative city names than “Kyoto”. While Tokyo is all high-speed trains, flashes of neon and skyscrapers, Kyoto moves to an altogether different rhythm.

Over the next 3 days we will explore this amazing city and everything it has to offer. Right from geisha spotting in Gion to the incredibly picturesque bamboo groves of Arashiyama, From eating Sushi at some of the oldest Sushi Restaurants in Japan like Isuju or participating in tasting the amazing traditional Japanese tea at one of many tea houses, the list is endless and we are going to try to cover as much as we can.

And don’t forget that we are going to be doing all this while enjoying the Cherry Blossom bloom across this true spiritual home of Sakura. Catching the sight of Sakura at Kinkaku-Ji aka The Temple Of The Golden Pavillion will be something you will never forget.

Not only will you get to explore the true traditional vibe of Japan but also be part of the Sakura celebrations across this beautiful city too.

Note: We can even make a plan to visit the nearby cities of Kobe or Nara (which are only an hour away) using the Japan Rail Pass on one of the days.

Its time to say Sayonara and take the train back to Tokyo and then the flight back home!

Why Do I Need To Apply ?

In case you missed it, BEEP  trips are not your usual “sightseeing tour packages” to commercial destinations. These are unique experiences that deserve passionate and awesome people, in pursuit of the extraordinary.

There are very limited spots possible on each trip that we put together with all our heart and soul and there are only so many we can do in a year. So to ensure that we have a fun bunch of awesome people on each of these amazing journeys, we ask you to….

*If you have already filled up an application form on our website for any other trip ever before, then you don’t need to fill up the form again, just email team@gobeepbeep.com

You will hear from us shortly along with the cost.

Depending on the kind of trip, refunds will differ. As a general policy for all our trips/tours, if you cancel anytime within 60 days near to the start date of any trip, there will be zero refund for the payments made for the trip..

This will be handled on a best effort basis to minimise losses or in a best case scenario to ensure that none of the parties involved lose any money.

We have several other awesome trips to various countries, coming up around the same time and you can see check out the list!

Want to be the first to know about crazy new BEEP Trips?

Live Chat by clicking the Messenger link below and type “Help”!