Bottoms Up! Or Not…

Asian food is known for its flavorsome culinary offerings. Think sushi, dim sum, ramen, etc. And then there are other flavors which may not appeal instantly to your palate, particularly their beverage selection. Soda pop or a chilled glass of beer is now passe. Here are a few crazy drinks you can attempt to chug down on your next trip to the Orient. 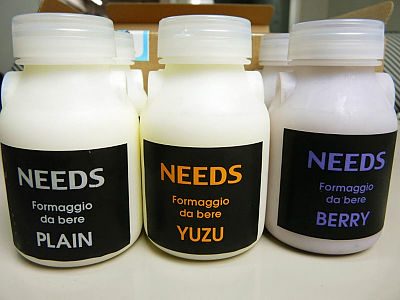 Produced by the NEEDS factory in Hokkaido, this beverage was initially created to raise awareness of cheese in Japan. It is produced as a way to help the flailing dairy industry in the island nation. This yoghurt-like drink with a cheesy aftertaste comes in three different flavours namely Plain, Berry and Yuzu Citrus. If you’re not quite ready to drink this straight up, NEEDS also claims that this refreshing drink makes up for a good dressing for salads or the melting cheese on a pizza. 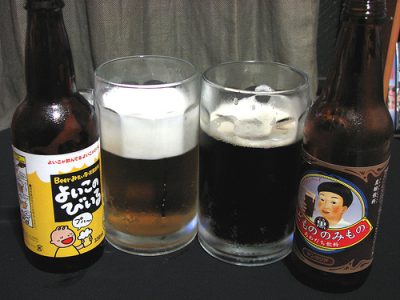 This Japanese drink is packaged in a brown bottle and is marketed with the slogan, “Even kids cannot stand life unless they have a drink.” It looks and foams up just like real beer but tastes like cola. Here’s a good alternative for those who wish to share a chilled glass of beer with their kid in Asia. An 11 ounce Sangaria kid’s beer bottle is priced at $1.6. 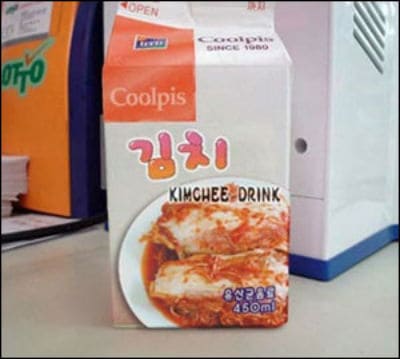 You may have tasted Kimchi, a traditional Korean dish made of fermented vegetables (cabbage and radish primarily). Turns out, it’s been converted into a drink as well, by Coolpis, a Korean company. This bizarre beverage utilizes the juice left over from the fermented vegetables. It tastes sour and spicy, just like Kimchi juice and might just make your throat tinge.

After their launch of black Kuro burger, we wouldn’t put it past the Japanese to reinvent other traditional flavours. We weren’t disappointed. Their spicy take on the classic lemonade now involves some really exotic flavouring such as wasabi (ouch), curry, kimchi and teriyaki. Aside from these crazy flavours, they’ve also included some sober options such as bubble gum, lychee and banana. This type of lemonade known as Ramune is available at the price of about $1.99. It is also available on e-bay at $9.45 including shipping. 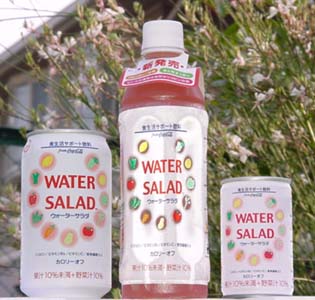 This canned water salad in manufactured by Coca-cola and is available in Japan. It is prepared by extracting the essence of romaine lettuce and centrifuging it, basically like salad water. The drink is available in six different flavours namely Sushi Salad, Tako (octopus) Salad Flavour, Okonomonoyaki (Japanese pizza) Salad flavour, Curry Salad Flavour and Wasabi Salad flavour. It is quite popular in Japan with people willing to experiment with these flavours. Combine milk with beer, and voila – Bilk! Now why would you attempt this strange combination? Turns out the Japanese did it to use up all the surplus milk that was being wasted in Hokkaido in northern Japan. This odd  malt beer is manufactured in a single brewer, and one third of every bottle of the drink is milk. It is surprisingly fruity to the taste, and each 330 ml bottle costs approximately $3.39 or 380 yen. 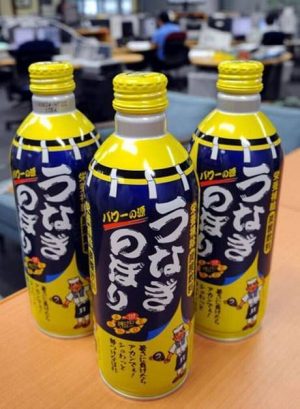 Known as Unagi- Nobori, this fizzy energy drink made of eel extract is a good way to charge you up! This yellow-hued salty cola claims to contain essential nutrients and vitamins, mainly protein and vitamin A that eels possess, along with a weird fishy aftertaste. Eel soda is the brainchild of a company called Kimura Inryou based in Shizuoka Prefecture . The company’s claim is that this drink is the first of its kind as a mass produced energy drink.  The price for the drink is about 65p (140 yen). 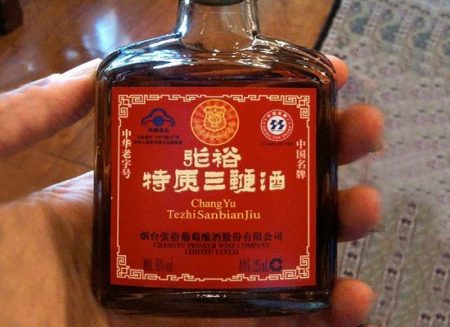 Paracetamol is clearly no match for the therapeutic properties of a drink that combines the genitalia of deer, seal and dogs. Available in many supermarkets in China, this traditional medicinal beverage is also considered to be something of an energy booster, and claims to deliver men an extra shot of testosterone to up their virility. It doesn’t come cheap, and is priced at $650. 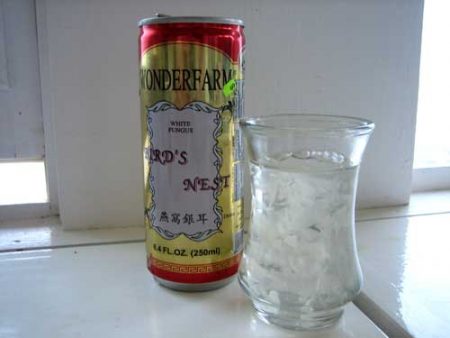 It’s a well-known fact that exchanging saliva actually helps cleanse your mouth, but would you do that with a bird? This bird’s nest drink is produced by using the nest of a bird called swiftlet. A swiflet builds its nest by weaving intricate threads using its sticky saliva rather than using twigs. The saliva is said to contain potassium and calcium and has multiple healing properties which is then collected and turned into a healthy drink. Some brands add rock sugar and other flavours to make it more appealing to consumers. It sells for $59.90 on Amazon. 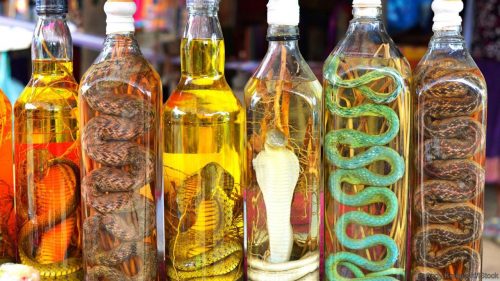 Snake wine is a combination of alcohol, mainly rice wine and venomous snakes. Snake as an edible ingredient is considered healthy with multiple restorative qualities. This particular beverage is prepared by dipping a venomous snake, sometimes alive, into a bottle of alcohol, with herbs and spices, until the venom is broken down by methanol. It is prepared by the locals of Le Mat village in Hanoi and a bottle is sold for $149. This drink is not for the faint of heart